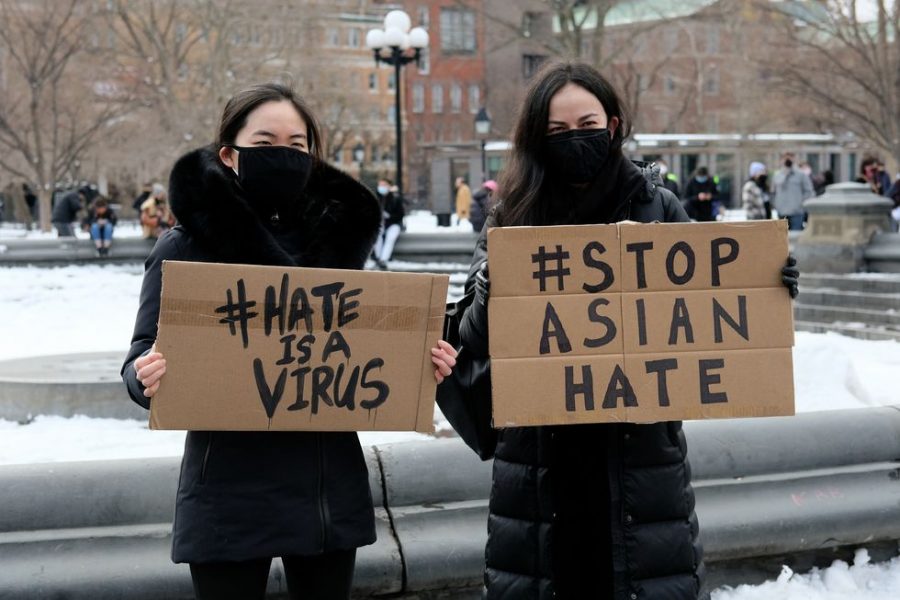 Racism is the prejudice or discrimination directed against a person or people on the basis of their ethnic group. This has always been a big issue we face in American society

In the year 2020, Coronavirus Disease 2019, known colloquially COVID-19, dominated the world. However, with the start of the pandemic, there has been a large rise in violence and harassment against Asian Americans across the US. Researchers speculate that because of the global pandemic, and how it originated in Wuhan, China last year, people have perceived that Asian Americans are easier to target. Not to mention that Former President Donald Trump outwardly poked fun at the virus and it’s place of origin, fueling the hate towards them further. Both Asian men and women have faced slurs directed at them, which is totally not acceptable at all. Unfortunately, the pandemic has provided another excuse for people to target Asians. To some people, to stop Asian hate means to stop the violence, stop the system of harm, learn from, and move alongside the BLM movement.

“On March 16, eight people, including six Asian women, were shot and killed at massage parlors in the Atlanta, Georgia.” the New York Times reported. With this new data, it has revealed that over the past year since the pandemic started, the number of anti-Asian hate incidents have spiked. These types of reports include: verbal harassment, physical assault, shunning, slurs, civil rights violations, and online harassment. “This report covers the 3,795 incidents received by the Stop AAPI Hate reporting center from March 19, 2020, to February 28, 2021. The number of hate incidents reported to our center represent only a fraction of the number of hate incidents that actually occur, but it does show how vulnerable Asian Americans are to discrimination, and the types of discrimination they face,” the Stop AAPI Hate organization said in their article. “Women have reported incidents 2.3 times more than men. Youths report 12.6% incidents while seniors report up to 6.2% incidents. Chinese are the largest ethnic group that have been experiencing hate up to 42.2% followed by Koreans 14.8%, Vietnamese 8.5%, and Filipinos 7.9%” they also stated. Nearly 3,000+ incidents have been reported during the pandemic and with 2,000+ incidents worldwide of the span of just a few months. This is without mentioning that these are only the statistics measured by one single organization.

The pandemic has made things a lot more difficult for some people, yes, but that does not mean fueling more hate into another person or group because of their ethnic origin or the color of their skin. Even during the start of the pandemic last year, a lot of Asian-owned businesses were going out of business because people thought they carried COVID-19 just because they were of a certain ethnic group. Now, more and more reports are saying they were physically harmed or harassed just because they were Asian. This is unacceptable, the pandemic shouldn’t be an excuse just to mock or hurt a certain ethnic group just because of their skin tone or their race. It is outrageous.

Luckily, there are helpful organizations, just like the BLM movement, to which you can donate or spread awareness. Like the Stop AAPI Hate, their organization lets you help and keeps you up to date with current things going on in the community. However, as a whole, all of us share different backgrounds and upbringings from our ancestors. They helped us to form what we are today. Hating on a group is flat out unacceptable, but think of it this way… In retrospect, we are all the human beings. And no matter what color we are, or if we are poor or rich, we are all the same.

Want to get involved in this cause? Attend the Stop Asian Hate March on May 8th. The peaceful march will go from Warrenton Middle School to Eva Walker Park. Time is 11:00 a.m. until 12:30 p.m. Speakers will be featured once march arrives to Eva Walker Park. Bring face masks, signs, water, and snacks! This march was organized by a Fauquier High School freshman, Audrey Navin.